Is Running Making You Look Older? 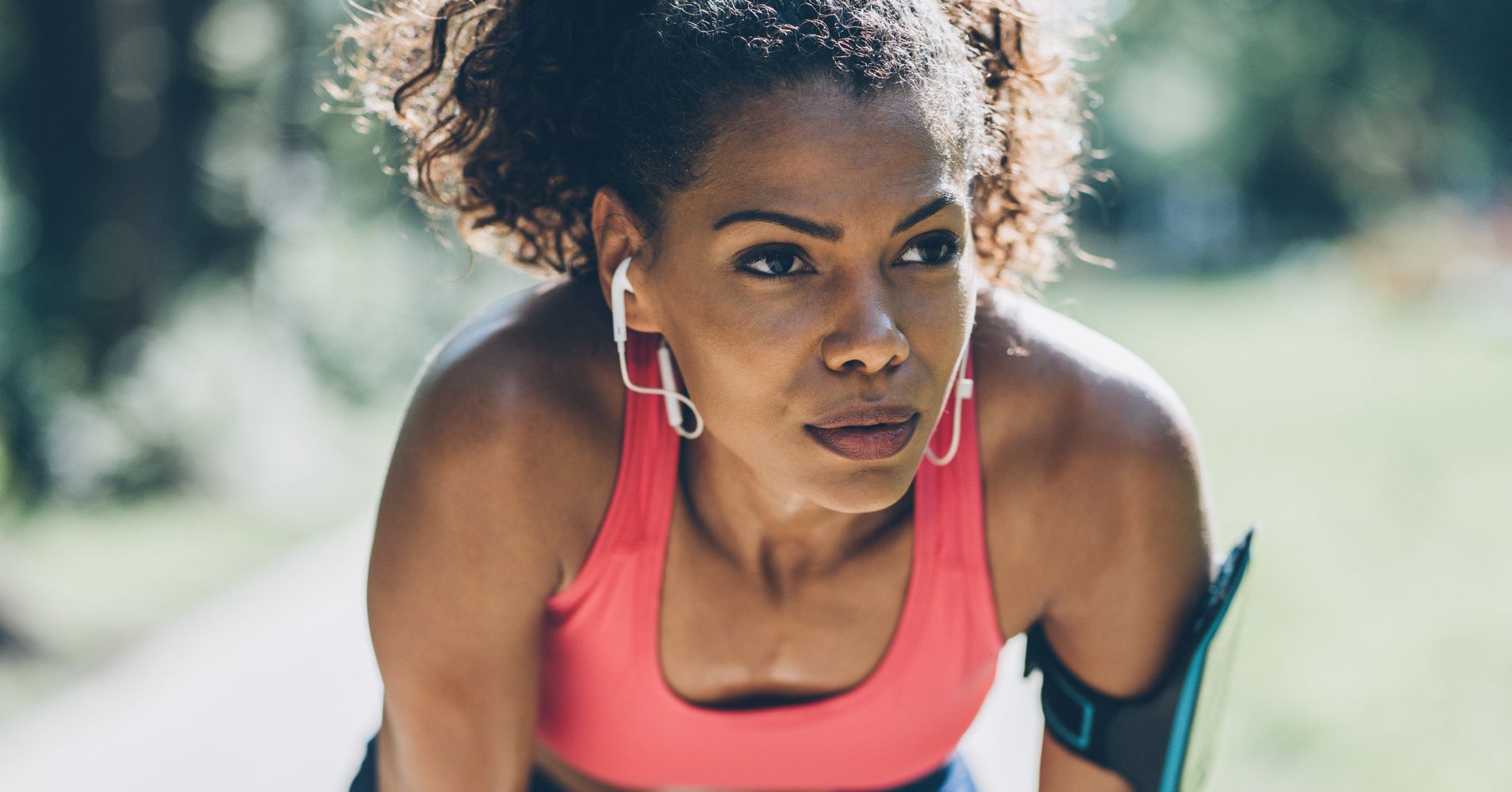 Running is one form of exercise that comes with so many benefits.

It can help you de-stress and sleep better, keep your brain sharp and make your body physically stronger. But a slew of news reports, articles and studies have questioned whether strenuous forms of exercise like running can actually make you look older.

Runner’s face is the theory that the repeated bouncing or pulling of the face that happens during running can lead to a gaunt or thin facial appearance, explained Dr. Melissa Kanchanapoomi Levin, a board-certified dermatologist and founder of Entière Dermatology in New York City. A lack of fullness in the face is often associated with aging, and plastic surgeons have long advertised runner’s face as something that can be “fixed” or “treated” with cosmetic procedures like botox and fillers.

The idea that running can make a person’s face appear older is a little confusing, especially given that experts have suggested it may actually help improve skin. We spoke to dermatologists to get to the bottom of it, once and for all.

Where did the idea of “runner’s face” come from anyway?

The whole idea of runner’s face appears to be the result of some fairly dated research, according to Dr. Rachel Nazarian of Schweiger Dermatology Group in New York City. She said that older studies published in medical journals claimed extremely intense exercise can cause detrimental effects on the skin because of increased free radical production or oxidative stress.

As Nazarian noted, your body produces free radicals when it’s under pressure or strain. To combat the effects of those free radicals, your body employs antioxidants, either those produced inside your body or consumed as part of your diet. Oxidative stress is defined as “a disturbance in the balance between the production of [free radicals] and antioxidant defenses,” according to research published in the journal Metabolism: Clinical and Experimental.

“When you cause any type of free radical damage or oxidative stress on the skin, it does cause signs that we [attribute] to signs of aging, such as the breakdown of collagen and elastin, which can lead to sagging,” Nazarian said. “That is sort of the scientifically backed theory on how it could potentially lead to [runner’s face].”

A lot of people, Nazarian said, will be able to combat the potential damage from excess free radicals with a balanced diet high in antioxidants, including plenty of leafy greens and fruits. Topical antioxidants, such as vitamin C serums, are also beneficial for the skin in conjunction with a good diet, she added.

The sun and air pollution are definitely something to consider.

While oxidative stress can result from high-intensity workouts, it can also come from pollution in the air, Nazarian explained. In that sense, runners who run outdoors may face a sort of double whammy of oxidative stress.

In fact, Kanchanapoomi Levin told HuffPost that dermatologists associate signs of aging in the skin of frequent runners with “other more likely causes, rather than the bouncing from your sneakers hitting the pavement or treadmill.” Those more likely causes include sun damage or volume loss in the face due to weight loss.

“Overexposure to the sun’s damaging radiation can lead to uneven pigmentation, thickened skin, wrinkles, loss of volume, pre-skin cancer and skin cancer, so it’s important to protect your skin with good sun protection and exercise in moderation,” she said.

If you spend a lot of time running outdoors, make sure you always, always, always wear sunscreen and protective clothing to shield yourself from the sun’s rays.

But that up-and-down movement is nothing to stress about.

In simple terms, Kanchanapoomi Levin stated, there is “no such thing as runner’s face.”

Nazarian agreed. “This up-and-down movement from running is not going to cause you to age faster,” she said, noting that she wouldn’t “attribute the idea of runner’s face to the motion in the skin.”

“What we’re looking at is on a much smaller, microscopic level and what’s happening with the cells,” she said.

Both dermatologists noted that exercise is an important part of a healthy lifestyle and can actually have plenty of positive effects on the skin.

For one thing, exercising ― particularly cardio ― increases your circulation and “delivers a greater amount of oxygen and nutrients to your skin, which helps repair the skin and increase collagen production,” Kanchanapoomi Levin said. This enhanced blood flow can help with cell regeneration and the removal of toxins.

The sweat your body releases during a good workout can also be good for the skin, Kanchanapoomi Levin said. Perspiration “is part of our body’s natural method of removing waste” and its byproducts, like urea and ammonia, she noted.

“Sweating also activates the production of sebum, a natural lipid-based oil that is secreted from the sebaceous glands. Both urea and sebum can soften and moisturize the skin and in fact, urea is an ingredient added to many skin care moisturizers and products to enhance hydration of the skin,” she said.

There are also studies that show sweat can protect us against bacteria like Staphylococcus aureus and E. coli, Kanchanapoomi Levin said.

You still need to wash the sweat off your face, though, as “sweat mixed with dirt, makeup and pollution can accumulate and then clog pores, triggering or worsening acne or folliculitis on the body,” she added.

Finally, exercise can lead to a decrease in the level of the stress hormone cortisol in your body, Kanchanapoomi Levin said. “This can be beneficial for many chronic skin conditions such as eczema, psoriasis and acne.”

The key, as with many things, is moderation.

Nazarian agreed that in the medical world, there are reports and studies that seem to conflict. Older reports claim too much running or exercise may cause skin aging, while other evidence suggests exercise can make skin look younger.

But the findings do align, she said.

“The thought now is that [running and exercise] do have some benefit for skin, but if you’re going to really play it safe, maybe you don’t want to push yourself so much to the point that you’re unable to keep up to the demand,” Nazarian said.

“It’s just like saying a little bit of wine is good for you, a lot of wine is bad for you. We’re learning more and more that everything needs to be in moderation. I find that with exercise, it kind of fits into that same pattern,” she said. “You want to push yourself a little bit, you want to feel like your heart rate is going up, you want to put some effort into it, and when you do that, you trigger enough helpful pathways in the body.

“But if you push yourself too much, all the time, your body may actually kind of take it to a different direction, and it can’t keep up, and you build up a lot of the negative cells, and you’re not repairing as much as you would had you just taken it down a notch.”

Nazarian and Kanchanapoomi Levin agreed it’s all about finding a happy medium, which they said typically means increasing your heart rate to about 40 to 60 percent of your maximum heart rate three to five times a week.

“Everyone should be exercising, because not only is that helping the inside of their body and keeping their heart [and] tissue healthier, you are going to trigger more of the anti-aging pathways than not,” Nazarian said.

All You Must Know About Peptic Ulcer Diseases!

Good news for those with type 2 diabetes: Healthy lifestyle matters

I’m An Extreme Bodybuilder. When I Posted This Breastfeeding Pic, People…

STIs – Know Forms Of It!

Weight Loss – Can Ayurveda Manage It?

Insomnia – How To Overcome It?